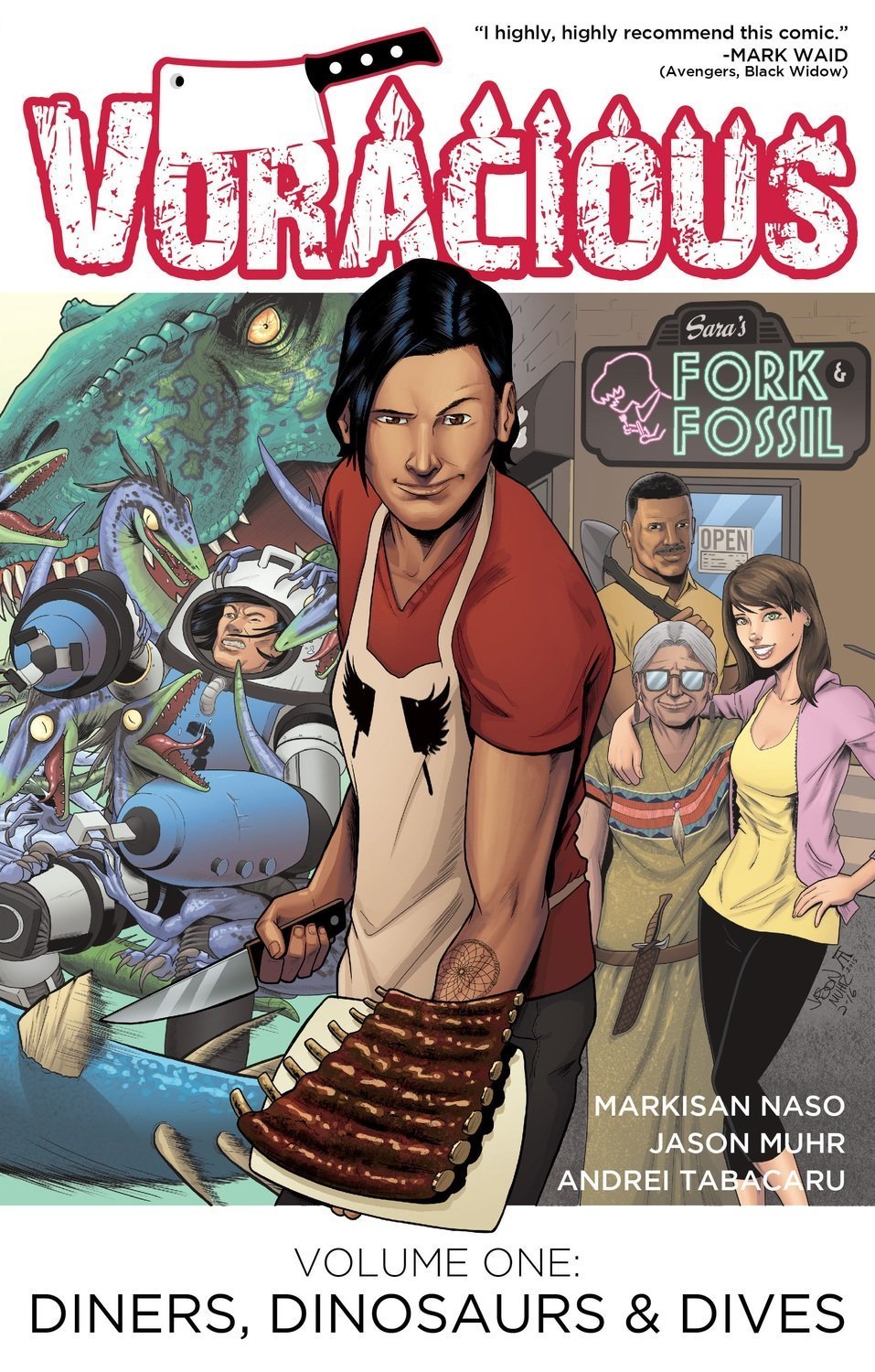 Haunted by the death of his sister, NYC Chef Nate Willner has lost his desire to cook. Forced to move back to his tiny hometown in Utah, Nate’s life is quickly becoming a dead end. But when he unexpectedly inherits a time travel suit that takes him to the age of dinosaurs, Nate’s passion for cooking is reignited!

With a little help from his knife-wielding Grandmother Maribel, and friends Starlee and Captain Jim, Nate opens a restaurant that secretly serves dinosaur meat. Can he survive long enough to make it a success and turn his life around? Collects issues #1-4 of the hit Action Lab: Danger Zone series, VORACIOUS.

Named one of the "Best New Series of 2016" by Comics Alliance!

U.S. Shipping Only. Ships Media Mail. Due to the COVID-19 pandemic, postal services in certain regions are experiencing unpredictable delays. I also ship from Hawaii, so your order may take a few weeks to be delivered. Thank you for being patient.

Save this product for later